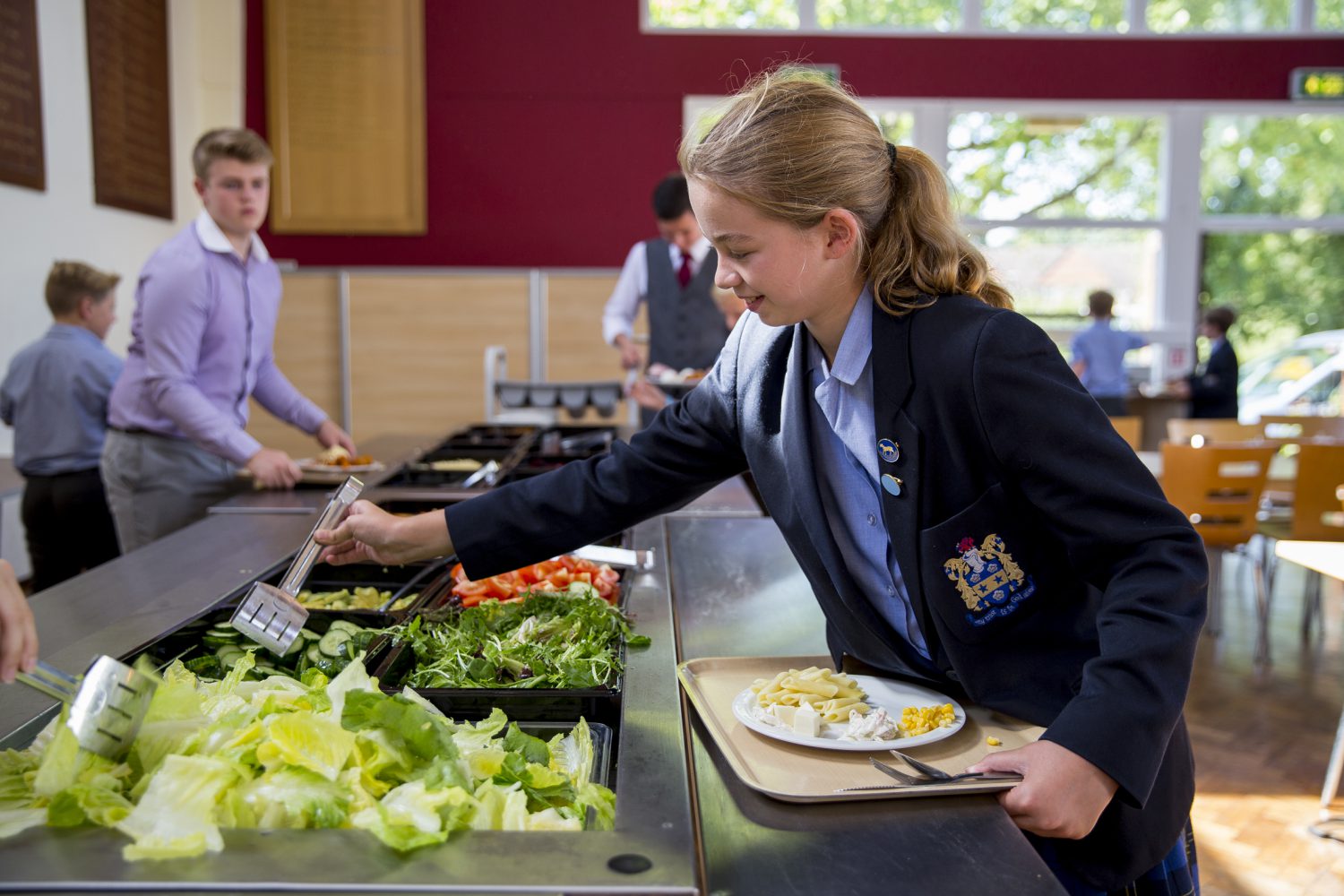 In this article, Bursar, Simon Fowle and Catering Manager, John Devine, at Sutton Valence School talk about how they managed to improve their catering operation whilst achieving saving of £30,000.

Sutton Valence School (SVS) is an independent school located in the heart of Kent, near to Maidstone. Its history goes back to 1576, when it was originally founded by William Lambe as a Free Grammar School. It has an extremely rich history, with the founder being the Master of the Worshipful Company of Clothworkers and a member of the Chapel Royal of Henry VIII.

In 1910, a charitable trust – the United Westminster Schools – took control of the School, and a year later, the Archbishop of Canterbury opened a new building housing classrooms and the two senior boys boarding houses. In 1983, the School became co-educational and, twelve years later, it incorporated Underhill, a local preparatory school.

Today, Sutton Valence is a co-educational day and boarding school, with over 900 pupils ranging from three to eighteen years old. It has expanded and gone through various renovations and investment, including the development of a new Maths and ICT building, an indoor swimming pool and a new sports hall, which is named after former pupil and Olympic athlete, Sydney Wooderson.

When it comes to the day-to-day management, Bursar Simon Fowle acts as finance director and a strategic advisor to the School’s governors. Simon joined in 2011 and has overall responsibility for the financial and operational management of the School, including overseeing the careful and ongoing investment in the School’s infrastructure.

It was during a Bursar’s conference in 2015 when Mr Fowle started talking with a procurement company who discussed the idea of formally reviewing the way in which Sutton Valence manages its suppliers and purchasing, with a view to creating significant cost savings that would support the School’s ongoing investment programme.

Seeing the benefits of this approach, Catering Manager, John Devine, was brought into the conversations to determine how an overhaul of the current purchasing process of its food could benefit the School and, in turn, free up money that could be used elsewhere.

Confirms John Devine: “Following the Bursar’s conference, we started talking to various procurement firms, one of which was Pelican Procurement Services, who undertook a ‘shopping basket’ exercise to provide an indicator as to what savings could be achieved if we were to centralise the way we buy our food. Pelican came back with initial saving indicators of 15-16%. This, of course, made the decision to go down this route very straightforward!”

The School takes its food very seriously. All meals are produced from scratch, on site by its expert catering team of 15 chefs, cooks and assistants. The aim is to provide students with a healthy menu in what Sutton Valence calls ‘a balanced, educational and collaborative way’.

Continues John: “Whilst the first goal of this exercise was to save money, it soon became clear that there were other advantages of working with a procurement partner, particularly from a supplier management point of view.

By undertaking a formal tender, as well as consolidating suppliers, service level agreements would be put in place to meet our product supply and delivery needs.

After all, when you’re serving over 1,400 meals a day, it is imperative that we have the right products, at the right time. Yes, price is of course important, but so too is the supplier’s overall service delivery and range of products.”

A formal tender took place and, as John says, “The output was impressive. It’s clear to me that you have to tender to get the best supplier value and to really see what the market is offering. From this exercise, we were able to achieve savings of around £30,000, and Pelican now supports us with managing our supplier relationships on an ongoing basis.”

John is finding that the School has fewer supply chain issues, which means his team are not being impacted by supply or delivery issues. “Before, if there were quality issues or late deliveries, it would create a real problem,” he said. “Logistics and timings are vital to what we do. Pelican are really proactive in chasing up suppliers. Yes, we’re a big customer, and suppliers tend to respond if we raise an issue, however, with the backing of Pelican, there’s a louder voice.”

Another advantage is managing what John calls ‘price creep’: “Unless you’re looking at prices each and every day, they can start to creep up. However, Pelican monitors this for us, which means I don’t have to – should a price discrepancy be identified they liaise with the supplier and arrange a rebate. This saves a huge amount of time trying to manually assess prices, which is ultimately time that you could be spending elsewhere.”

With the immediate financial savings made, the School was able to repurpose the budget towards paying for a brand new servery area in the kitchen.

The team is quick to confirm that it is not just financial savings that have resulted from its procurement review, as John explains: “Over and above the tender and supplier management, we have adopted a new back-office system from Pelican that manages a multitude of areas for me. We now have e-billing, so instead of receiving multiple supplier invoices, I receive one from Pelican, which is itemised by category and is automatically paid by BACs. Before, I would have to code individual supplier invoices, which would go to our accounts team to review, add to the ledger and code. This legwork has now been removed and I have complete transparency.”

“By centralising supplier payments, Pelican has saved me a lot of time. Signing invoices used to take at least 15 to 20 minutes every day, and now it’s no more than 15 minutes for the entire month! If there are any queries on line prices or items, Pelican has already flagged or dealt with them. The time saving alone really does make a difference.”

When the Food Allergen Labelling directive came into force at the end of 2014, the team at Sutton Valence took this very seriously. Pelican arranged for its in-house dietitian to deliver an allergy training course for the entire catering team. Adds John: “Anna came down and delivered a workshop training with us, which was great for helping us all understand the issues and how we can deal with them.”

When asked to summarise how the procurement review has helped the catering function at the School, there are several key strands that stand out: choice, service, efficiencies and savings.

For example, the School is able to commit to its fresh food policy, as the financial savings delivered to the catering team means it has the ability to do this. Being able to buy a pod of chicken breast fillets for £19, which has at least 27 portions, means that for not much more than £1 per serving, the catering team is able to serve a wholesome, nutritious meal to its pupils, staff and visitors.

“I’m delighted that we can deliver on our healthy food policies, whilst achieving the savings we do”, enthuses John. “Another benefit is the ability to source unusual items. For example, we didn’t have a supplier for quality home-made deli items, such as quiches and pork pies. I wanted home-made, yet with next-day delivery options.  Pelican was able to find a supplier for us – I simply wouldn’t have had the time to do this.”

Following the initial conversations back at the Bursar’s conference, the School has come a long way. The change in its approach to procurement is delivering significant advantages to the entire School, as Simon Fowle, Bursar concludes:

“I was very impressed with the whole process of joining Pelican last year. Not only were Pelican’s staff knowledgeable, but they worked extremely hard with us to ensure they provided the systems that we wanted – not just offering some ‘off the shelf’ solution. The result is significant savings in staff time through a simple but effective centralised billing system where a single monthly invoice replaces hundreds of individual ones.”

“The financial savings that have resulted from the tendering processes have also been spectacular, giving us an impressive £30k this year alone; money that we have been able to reinvest in the dining hall to improve the whole experience for the pupils.” 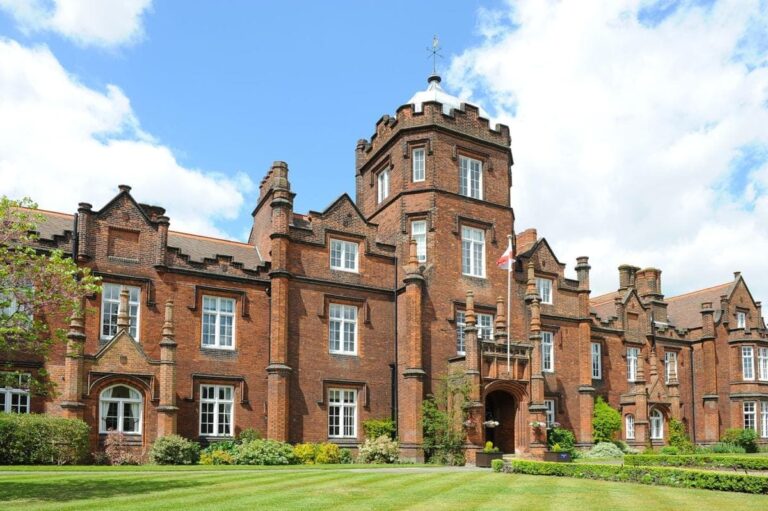 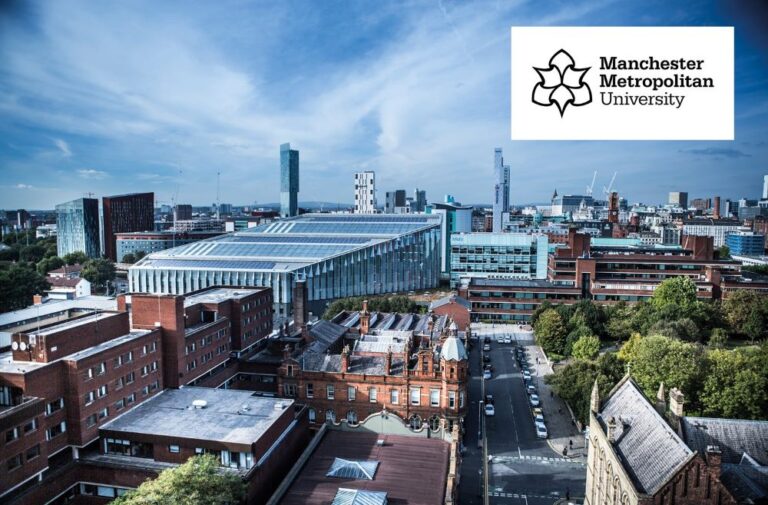 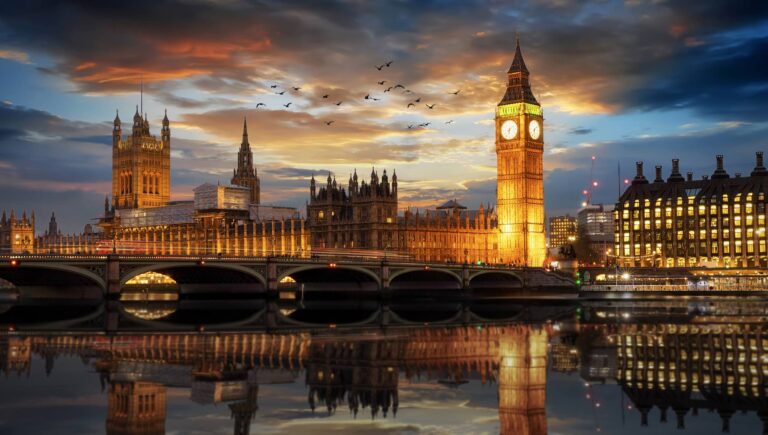 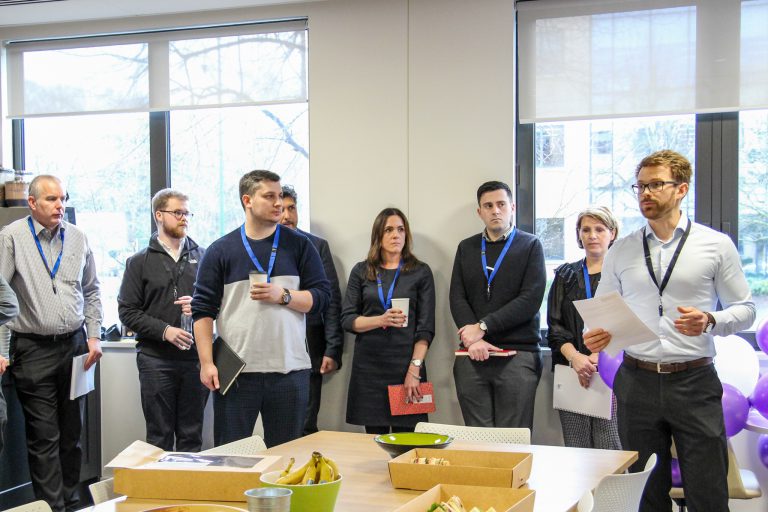 Pelican Procurement Team is growing to meet the market demand 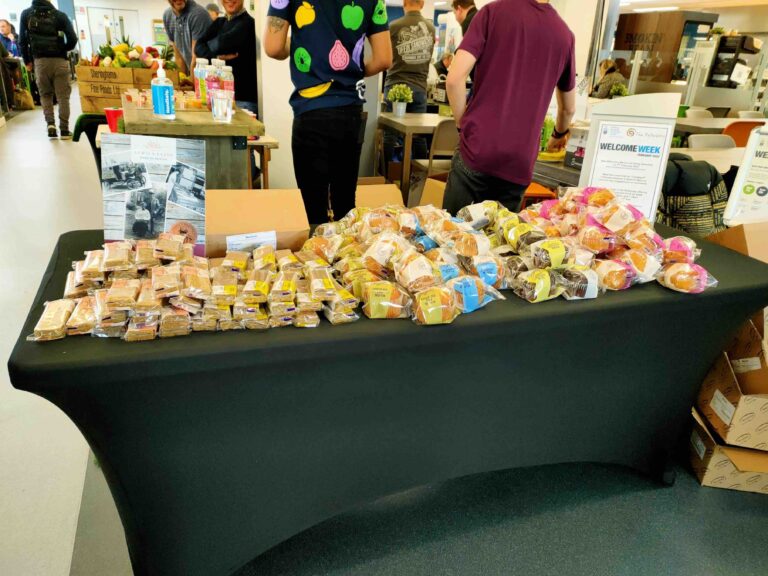 Previous
Balancing cost with compliance: How to keep oily fish on the school menu
Next
How food operators are helping the nation to fight obesity